Alex Meyer is a Managing Partner at Origin Ventures. Previously, he served as Vice President for Global Business Development at SAP and has held senior operating and advisory roles at multinational management consulting firm Deloitte and Hollywood based House of Blues. A seasoned international executive, he has traveled and done business globally including some of the world's most challenging developing markets and has addressed international gatherings of the United Nations, World Bank, World Investment Forum, and others.

Mr. Meyer has contributed to a variety of entrepreneurship and innovation programs at Harvard University, University of Chicago, University of Illinois, Northwestern, IIT, and Endeavor as a judge, lecturer, advisor, and international selection panelist and co-authored the Harvard Business School case: Rising from the Ashes - The Emergence of Chicago’s Entrepreneurial Ecosystem (HBS Press). He served on Mayor Rahm Emanuel’s tech and economic development delegations to Boston, London, Israel, Tokyo, and Beijing. Alex is the founder and past-president of the Society for Business & Management in Engineering, now the National Organization for Business & Engineering (NOBE), and a recipient of the NOBE Lifetime Dedication Award.

Alex is a founder and officer of the board of Chicago’s Stage773 Theater operating the Stage773 performing arts center and incubator, producing the Chicago Sketch Comedy Festival, and the Cupid Players Theatre Company. He holds a B.S. in Mechanical Engineering from the University of Illinois, an MBA from the Harvard Business School, and theatrical education from the Second City Conservatory. He was named one of Chicago's 40 Under 40 and is a member of the Economic Club of Chicago. 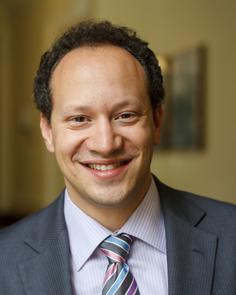